Six Ways to Hook Your Reader

“Why do you add extra stress to your life knowing you’ve got so much to do?” he scolded.

“Because if I don’t commit myself to doing this at least once a month, then I will let life take over and what I love to do will fall by the wayside and fade away.” I began to feel the pressure of not being prepared for this event and I started calculating how much time I could actually go without sleep before I lapsed myself into a coma.

He nodded his head in either disbelief or sheer disappointment, since I knew that scheduling something like this at my home while we’re in the middle of moving was somewhat ludicrous.

As I write this with blood-shot eyes and bags under my eyes, throwing an ever constant glance at the time, knowing that I am only two-and-a-half hours away from my guests arriving, I can feel the palpitations of my heart racing. The mental image of them seeing the mounds of clean laundry that I haven’t folded and put away as they lay scattered all over my living room couches, not to mention the overflowing kitchen sink of last nights dirty dishes, sends me into a state of panic, and I begin to ask myself if I am indeed crazy for piling up just another thing I have to do. I look behind me and I can hear the gentle, soft caress of my plush, guest bed calling my name. “Jackie, slip into my white cotton sheets, and bask and roll in the pleasure of peaceful slumber,” it says.

“Should I cancel? Call in sick, perhaps?”

“Of course, not, people are counting on you, you idiot!”

If you’re still reading this, then I’ve done my job at hooking the audience. Opening with dialogue engages a reader and invites this person into the middle of things with your story, wanting to know more. That is just one of the six ways you can engage an audience and hook them into your world of stories, which is extremely important if you want to keep a reader interested. I did this when drafting the first chapter to my next novel, Soul Tracker and the feedback from my focus group has been quite positive.

To help prepare for this month’s writing workshop with my group, I researched the Writer’s Digest archives and found James Scott Bell’s, The Big Grab article which was loaded with plenty of useful techniques to engage an audience. Below is an adaptation from the original article:

INTRIGUE – Start with something intriguing that immediately rouses your interest and leaves you wanting to learn more. According to Bell, “studying the types of hooks that prolific (and bestselling) authors have used is a great way to learn how to craft your own beginnings.” He gives some examples of Dean Koontz's opening hooks:

Tuesday was a fine California day, full of sunshine and promise, until Harry Lyon had to shoot someone at lunch. (Dragon Tears)

Penny Dawson woke and heard something moving furtively in the dark bedroom. (Darkfall)

Katharine Sellers was sure that, at any moment, the car would begin to slide along the smooth, icy pavement and she would lose control of it. (Dance With the Devil, written as Deanna Dwyer)A couple of elements make these openings successful. First, they give us a character—by name. This creates the illusion of reality from the get-go. Some writers begin with a pronoun: She heard something moving in her bedroom. But with Koontz's approach, a name gives an extra measure of verisimilitude and makes the willing suspension of disbelief that much easier.

Second, something is happening or is about to happen to the named character. And not just anything—something intriguing.

Note, however, that the intrigue doesn't have to be typical of commercial, plot-driven fiction. It works just as well in a literary novel, such as Blue Shoe by Anne Lamott:

The world outside the window was in flames. The leaves on the pistachio trees shone fire-red and orange. Mattie studied the early morning light. She was lying on the side of the bed where her husband should have been sleeping.

In this example, Lamott starts with description. But she gets a character into the mix by the third sentence. And then she drops in a line indicating something amiss—her husband isn't where he should be. We have a feeling of unease. Mattie is in the midst of a troubling situation and is going to have to do something about it.

MYSTERY - Another opening method is to drop a hint of mystery into the proceedings. Breach of Promise begins like this:

We were halfway through Twister, and Helen Hunt was about to run down another relentless force of nature, when I turned to Paula and said, "Please don't do it." Now the reader wants to find out what the narrator doesn't want Paula to do. Several paragraphs follow before the answer is revealed.

They threw me off the hay truck about noon.

We are, as they say, in medias res—the middle of things. One technique to get you there: After your first draft, make Chapter 2 your first chapter. Almost always, things move faster.

Another form of immediate action is starting with dialogue. If there's an element of conflict in there, so much the better. I chose this for my opening in Final Witness:

"Going into your third year?"

"Second in your class?"

"Isn't it true you have a motive to lie?"

"Excuse me?" Rachel Ybarra felt her face start to burn. That question had come from nowhere, like a slap. She sat up a little straighter in the chair.

This cross-examination style plunges us into instant conflict between two characters.

The Quiet Game by Greg Iles begins with a father holding his 4-year-old daughter as they wait in a line at Disney World:

Annie jerks taut in my arms and points into the crowd.

I do not look. I don't ask where. I don't because Annie's mother died seven months ago. I stand motionless in the line, looking just like everyone else except for the hot tears that have begun to sting my eyes.

We're immediately bonded to the lead through his deep feeling of a universal emotion.

LOOK-BACK HOOK- These hooks suggest there's a not-to-be-missed story about to unfold.

Still another way to capture attention from the start is with the look-back hook. Here's how Stephen King does it:

The terror, which would not end for another 28 years—if it ever did end—began, so far as I can tell, with a boat made from a sheet of newspaper floating down a gutter swollen with rain. (IT)

The two things Sarah remembered about that night later were his run of luck at the Wheel of Fortune and the mask. But as time passed, years of it, it was the mask she thought about—when she could bring herself to think about that horrible night at all. (The Dead Zone)

When using first-person narration, especially in literary fiction, you can capture attention through voice and attitude. J.D. Salinger accomplishes this in his classic, The Catcher in the Rye:

If you really want to hear about it, the first thing you'll probably want to know is where I was born, and what my lousy childhood was like, and how my parents were occupied and all before they had me, and all that David Copperfield kind of crap, but I don't feel like going into it, if you want to know the truth.

Grab your readers by judicious use of the above methods. You still have a long way to go to keep them reading, but you'll have a good lead out of the gate.

JAX
Jax Cortez is a freelance writer, indie author of her own urban fantasy trilogy, and a practitioner of Krav Maga. She is published in various media outlets such as Chicken Soup for the Latino Soul, Black Belt Magazine, Spotlight on Recovery and her current works can be found at: www.amazon.com/author/jaxcortez 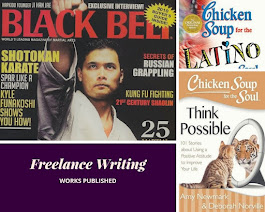 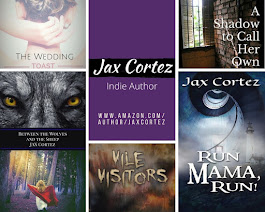 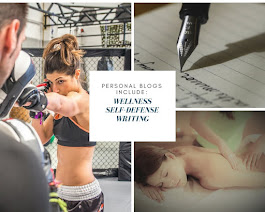